Louisville KY Endodontist | How Vaping Can Cause Tooth Decay

About five percent of U.S. adults—nearly 11 million—now vape. The percentages are far higher for teenagers, with roughly 37 percent of high school seniors reporting having vaped within the past year. Since it was first introduced, vaping has been largely seen as a much safer alternative to cigarettes. That’s part of why its popularity has skyrocketed in recent years. But e-juice and the nicotine and chemicals it contains have come under heavy fire recently for a slew of potential health risks. One risk people may not be talking about enough is how vaping can contribute to tooth decay. 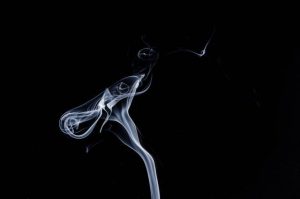 Most varieties of vaping liquid, or e-juice, contain three ingredients. These are nicotine, vegetable glycerin, and propylene glycol. That last component—propylene glycol—can be a menace to the mouth. Dentists have found that propylene glycol induces dry mouth. Individuals who have dry mouth aren’t able to produce the saliva that’s such an important part of washing away harmful bacteria. Worse still, when the chemical compound breaks down, it creates several types of acid that wear away enamel and leave teeth’s soft tissues more exposed.

The “vapor” that’s produced when people vape isn’t actually vapor at all. Rather, it’s a combination of aerosols. A 2018 study found that people who vape regularly and inhale these aerosols have four times more mouth bacteria than those who don’t vape. In other words, these aerosols help the microorganisms that grind away tooth enamel and cause decay stay in users’ mouths. Researchers call it microbial adhesion, and compare it to the effect of drinking too many sugary, acidic beverages.

Although it’s not yet fully understood, aerosols also appear to negatively affect the gums. Recent research has found that aerosols increase inflammation and even damage DNA inside the gums. They also inhibit cell division, which can lead to a range of serious issues. These include periodontitis, tooth decay, and tooth loss. Dentists and researchers are only beginning to grasp the ways aerosols hurt our gums’ cells. It seems like a fair bet, though, that vaping damages the gums in a way that can leave our entire oral health at greater risk.

Take care of your oral health needs and keep up with your regularly scheduled appointments. Contact  Dr. Scott A. Norton, DMD of Louisville today.